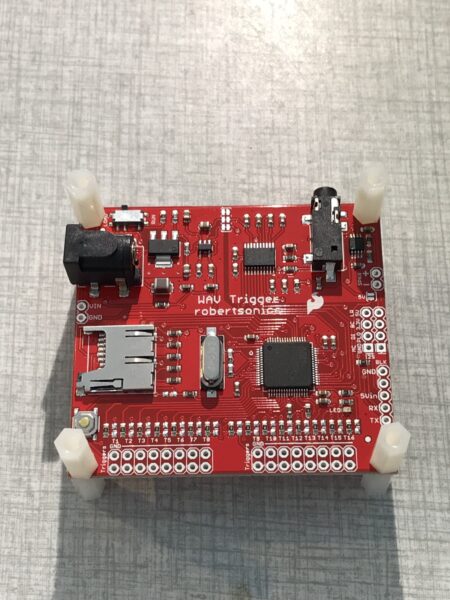 YAY a new project, AGAIN! This time its with the robertsonics wavtrigger. Its a embedded wav-sampler and microcontroller. The big brother which has more features which is more expensive is called the tsunami.

I’ve been craving to make a hardware mellotron since i love the sound of it, but the modern “real deal” mellotron costs more than my full income x2. Also I really don’t like fiddling with mouse and keyboard when i feel inspired and want to play so the VST mellotrons are not worth using for me atleast.

The Wavtrigger has 14 note polyphony which is more than enough if you want to play the mellotron, atleast for me. The tsunami has more polyphony. I tried adapting the Valvecaster tube boost for my Mellowave design (which is on line in level) but it just turned out noisy and really dull. So i came up with a much better idea of just putting a “guitar out” jack on the Mellowave so i could put it into guitar pedals, amps and the guitar version(original) of the valvecaster circuit. Thats exactly what i always wanted for my yamaha reface CP anyway.

This site uses Akismet to reduce spam. Learn how your comment data is processed.